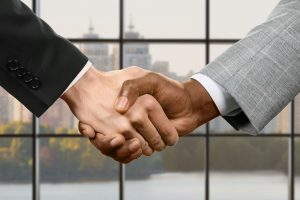 Not without controversy and heated arguments for and against, the Economic Partnership Agreement (EPA) between Cameroon and the European Union – signed and ratified by Cameroon’s parliament on the 15th of January 2009 and June 2014 respectively – took effect on the 4th of August 2016.

Prior to EU-ACP Economic partnership agreements, trade relations between the EU and the 77 members of the ACP countries were negotiated and defined by conventions. The Lomé Convention granted unilateral preferences to ACP countries in the EU market. Though tenable given the vulnerability of ACP countries in the global trading system, the Lomé Convention, and others before it, were seen as contradicting certain elements of the World Trade Organization (WTO) rules as they discriminated against other developing countries. As a result, EU-ACP trade agreements had to be renegotiated; hence the Cotonou Agreement which strongly considered the compliance and compatibility with WTO rules. As important as it may be, EU negotiators emphasized the fact that compatibility shouldn’t take precedence over more important outcomes of the EU-ACP EPAs which are;

These two outcomes, as stated by the EU negotiators, remain at the center of controversy and subject to many reservations on the part of the skeptics. Not only is it difficult to make valid arguments based on economic theory about how such a partnership could foster regional integration and promote sustainable economic development. These two variables are extremely difficult, if not impossible, to model or quantify in studies that seek to forecast the long term effects – on ACP countries – of signing the EPA. However, some EU experts do emphasize that the importance of these variables prevents them from being overlooked when it comes to the interpretation of results related EU-ACP EPA studies (Fontagne, Mitaritonna, & Laborde, 2008).

Cameroon’s government, against the backdrop of vicious criticisms signed and put into effect the EPA, but the basis on which such a decision was made still remains under immense scrutiny, both at home and abroad. Even more disturbing is the fact that Cameroon is the only country within CEMAC and the ECCAS communities to have signed the agreement.

Citing concerns over regional integration, in June of 2013, the Confederal Group of the European United Left/Nordic Green Left (GUE/NGL) – a group in the European Parliament – voted against the ratification of the interim EPA with Cameroon. Based on the fact that Cameroon was and is still the only country within Central Africa to sign the agreement, the group argues that it is not an agreement with the whole of Central Africa, as stated by the European commission. Rather, according to the GUE/NGL, the agreement underscores a common concern among critics that there is an inherent problem with the EU’s request for access to the markets of these countries. Hence, there is a call to the European commission to renegotiate a balanced deal with the whole of the Central African Region (GUE/NGL, 2013).

Additionally, the Voice of America ran the story “New EU Trade Deal Stirs Controversy in Cameroon” in which it reported that other Central African states refused to ratify the deal on the basis that it was neither fair nor balanced. In the opinions of civil society activist Emmanuel Mbami and lawmaker Njong Evaristus, Cameroon’s signing of the deal “is politically motivated, unbalanced in favor of Europe and a betrayal of the other Central African States with whom Cameroon agreed in July not to sign the deal” (Kindzeka, 2016).

As recently as December 2015, the Network for Citizens Association for the Defense of Collective Interests questioned the country’s readiness to implement the EPA, as it referred to the incomplete nature of the land tax reforms as well the national and regional program to upgrade enterprises, Barrister Lomou, a member of the Committee in charge of the follow-up of the implementation of the bilateral EPA between Cameroon and the EU, stated that it was “premature to evaluate Cameroon’s readiness for the EPA partnerships.” Known for its extremely sluggish administrative processes, December 2015 to August of 2016 is a short time for the nation to have cleared all the concerns related to the implementation of the EPA.

On his own part, the president of the Cameroon Labor movement, Protais Ayangma slammed the government for “Mortgaging the future” of the younger generation and theorized that other countries in Central Africa, feeling betrayed, may form a “united front” against Cameroon.

But just as opponents of the deal make their voices loud and clear, proponents have been unflinching and unequivocal in the defense of the EPA. One such defense came from Louis Paul Motaze, Cameroon’s Minister of Economy, Planning and Regional Development who also serves as the chairperson for the Ministerial Committee for Negotiations for EPAs. Responding to journalists after the 14th session of the aforementioned committee in June of 2016, the minister expressed optimism regarding the impact of the EPA on the economy of Cameroon and seemingly whitewashed numerous concerns about the possible backlash such an agreement could have on the business environment in the country.

Advocates and opponents of the EPA may trade jabs with each other and trigger an outpouring of opinions as to why and how the EPA may or may not be good. Even so, it suffices to say that a vast majority of the citizenry lack the basic understanding, or simply possess a modicum of information with respect to the EPA, i.e. how it would unfold over time and possible consequences on Cameroon’s economy. A critical review follows.

The EPA and how it would unfold in Cameroon: An economic Analysis, suggestions and lessons for other Countries

The EPA between Cameroon and the European Union is focused on two main components: trade and development. The EU also stated that fostering regional integration and promoting sustainable economic development are prime objectives. Critical review of these components and objectives leads to the conclusion that, to date, the focus has been on trade; the topic of regional integration has been woefully neglected.

Under the EPA, Cameroon has agreed to open its market – over a period of 15 years –  allowing up to 80% percent of certain goods from the EU and in return, Cameroon is granted unilateral access to the European market. The liberalized imports from the EU include industrial equipment (such as pumps, generators, cars) needed and used locally in Cameroon but are not produced within Cameroon. This poses no immediate threat to the local economy but it limits the extent to which innovation, economic transformation and economic diversification can occur. What about Cameroonians and entrepreneurs in other countries of the region who aspire to invest in the production of such equipment? What about other African countries that are already making strides in the production of such equipment? The aspiration and progress already made (in Cameroon and the rest of Africa) would be sidelined, if not eliminated by European companies with years of expertise, greater resources and economies of scale. From an economist’s perspective, it would be somewhat erroneous to say that such a deal fosters economic integration. Rather, it hinders innovation and condemns local industry to the role of producer/provider of primary and semi-finished goods.

If Cameroon were to agree to open up slightly less than 50% of its market to EU products with an objective to gradually, overtime, promote technological transfer or kick-start local development and production of the goods in question, the EPA would be commendable. It would boost innovation, increase production and further strengthen regional trade ties. The EPA as it stands is regionally divisive, as only Cameroon, among all the other Central African countries, has signed and implemented it. Where is the regional integration?

Secondly, the loss in revenue accrued as a result of liberalizing the market is extraordinary, especially for a country like Cameroon with a very narrow tax base. The government hasn’t provided a detailed explanation as to how the lost revenue would be replenished. Would the effectiveness of tax collection be boosted? Would income and indirect taxes increase? If so, by what percentage? Cameroon’s economy is inundated with numerous taxes, and characterized by a very unconducive business environment, as illustrated by the World Bank Ease of Doing Business rank (172). A tax raise in such a business environment would be counterproductive. According to Arthur Laffer, a U.S. economist, investors are less likely to risk their capital if a large portion of profits is taken in the form of taxes. For every tax, there is a threshold beyond which the intention to produce or work more diminishes; hence reducing the amount of revenue the government receives. It is the conviction of many Cameroonians that the country has reached that threshold. Cameroon is on an economic precipice and tax increases are likely to plunge the country into a protracted economic crisis.

Apart from liberalizing a lesser percentage of the economy to European products, a restructuring of customs administration, as well as an increase in the efficiency of tax collection, could make up for the loss in tariff revenue. An overhaul of the tax regime, tax cuts and the creation of tax free zones for certain type of companies would unleash an entrepreneurial culture beneficial locally, regionally and internationally.

Furthermore, the EPA is between two extreme opposite groups of countries; the EU and the ACP countries. On the one hand, ACP countries constitute a group of very poor countries that depend heavily on the EU in terms of trade. On the other hand, the EU is one of the richest regions of the world, whose trade with the ACP countries constitutes no more than 2% of its total trade. From this perspective it can be observed that there is economic asymmetry. Though the phasing out of tariffs for EU products is gradual, the percentage quantities could still be enormous when the size and economic strength of the EU, vis a vis that of the entire ACP countries or rather of Cameroon, is factored into the equation. Also, the goods protected are basically agricultural products. While Cameroon or ACP countries (that have ratified the EPA) may be contented with the unilateral access to the European market, the productive capacity of the(se) country(ies) cannot satisfy (up to 50%) the European demand for such goods and the current terms of the EPA do not provide avenues through which productivity could be increased. This therefore implies that the EU would turn to other countries or regions to make up for the shortage in supply.

Even so, EPA terms limit the export portfolio of Cameroon to a few, mostly primary, products. This is economically dangerous as its economic fortunes rise and fall tandem to price fluctuations in the international commodity market. Agricultural products are more at risk as the gains are subject to exogenous shocks. Weather changes, droughts, pest attacks–all increase the volatility of market prices and the vulnerability of producers.

The EPA as presented by the European Union objectifies regional integration, development and economic growth, but its substance rather negates most if not all of these concepts when approached from a basic understanding of economic theory. Cameroon needs to reconsider its position, and other countries yet to sign the deal should at least ask for better terms that promote regional and international trade and place emphasis on economic diversification.

Melaine Nsaikila is an Economic Policy Analyst at the Nkafu Policy Institute, a leading Cameroonian think tank at the Denis & Lenora Foretia Foundation. He can be reached at [email protected]