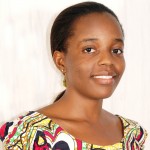 [dropcap type=”circle” color=”#FFFFFF” background=”#8C212A”]C[/dropcap]ardiovascular diseases, cancer, diabetes and other chronic diseases are often thought to be public health problems of significance only in developed countries. In reality, however, only 20 percent of chronic disease deaths occur in these countries, while 80 percent occur in developing countries where the vast majority of the world’s population lives. Cameroon, like other developing countries, is now experiencing the double burden of infectious and chronic, non-communicable diseases (NCDs). The burden of infectious diseases is largely driven by malaria, HIV/AIDS and tuberculosis. Yet, at the same time, the country is experiencing a tremendous increase in the burden of NCDs, displaying elements of a health transition in which a combination of both acute and chronic diseases now coexist in the same population and compete for limited resources.

According to the World Health Organization (WHO), non-communicable diseases (NCDs) in Cameroon (including cardiovascular diseases, diabetes, respiratory diseases and cancers) accounted for an estimated 31 percent of all mortality in 2008. The most prevalent NCDs in Cameroon are cardiovascular diseases, which accounted for 14 percent of total deaths across all age groups in 2008. In that same year, non-communicable variants of respiratory diseases, cancers and diabetes contributed four percent, three percent and two percent of total mortality respectively. Chronic diseases are now emerging in both rural and urban areas of Cameroon but the pace is particularly worrisome in urban areas.

A recent paper by Fezeu et al. shows that the prevalence of hypertension increased between twofold and fivefold in rural and urban Cameroonian men and women between 1994 and 2003. More specifically, the age-standardized prevalence of hypertension almost doubled from 20.1 percent to 37.2 percent among women and from 24.4 percent to 39.6 percent among men. Over a ten-year period systolic (SBP) and diastolic (DBP) blood pressure levels significantly increased as well.

NCDs, the silent killers, have an insidious onset, provide debilitating complications and result in painful deaths. The WHO projects that 28 million people will die from a chronic disease by 2015 in Africa. In 2010 the estimated number of deaths attributable to diabetes was 11,852. According to the WHO there is a 20 percent chance of dying from NCDs among Cameroonians between the ages of 30 and 70 years. Justin Echouffo et al. highlight the role of demographic changes as key drivers of the epidemic of chronic diseases. Urbanization and the social mobility that has accompanied economic development are leading to increasing obesity, diabetes and hypertension with higher prevalence in urban than in rural areas. There is also an urban-rural deficit gradient in physical activity levels with significantly higher activity in rural than in urban dwellers and a protective effect of physical activity on glucose intolerance.

Cameroonians are increasingly exposed to contemporary and unhealthy global food trends. A qualitative survey among Cameroonian adolescents showed a strong preference for sweetened foods, with a trend showing a nutrition transition over time from a traditional diet in rural areas to a more westernized diet, characterized by processed food and sweet beverages, in urban areas. Moreover, obesity is still perceived, unfortunately, as a sign of good living as it confers respect and influence.

There is a significant lack of information on the specific impact of chronic diseases on the economy, society, education and the Cameroonian health care system. In 2001 a study estimated the average direct medical cost of treating a patient with diabetes at US$489 with 56 percent of this cost spent on hospital admissions, 33.5 percent on antidiabetic drugs, 5.5 percent on laboratory tests and 4.5 percent on consultation fees. The direct medical cost for treating all diabetic patients in Cameroon represented approximately 3.5 percent of the national budget for the 2001-2002 fiscal year.

Although infectious diseases (HIV/AIDS, malaria and tuberculosis) dominate the allocation of scarce public health resources, there is growing evidence that chronic diseases are at least receiving some attention from the government. Major deficiencies still exist in both quality of care and access to it, such that chronic diseases and their risk factors are diagnosed infrequently and often managed inadequately. Health facilities are swamped with large patient numbers. Health care workers do not always have the appropriate knowledge or skills, particularly in communication, to provide optimal patient-centered care. Shortages in essential drugs, lack of access to others (e.g., cholesterol-lowering agents), and limited use of testing (e.g., glycated hemoglobin) all directly hinder health care delivery in remote areas.

There is still a dearth of information on all NCDs and related risk factors. More nationally representative data is needed to track risk factors and complications of NCDs. The increasing burden of cerebrovascular disease (CVD) and other chronic diseases in Africa in general and Cameroon in particular has not been accompanied by corresponding adjustments in health service structures, human resources or service delivery mechanisms. The current health care system was developed to provide acute, episodic care. It is inadequately designed and not sufficiently resourced to care for patients with chronic conditions such as CVDs who require repeated visits, better information and counseling on lifestyle changes to minimize complications and improve adherence to treatment and self-care. The government can, and certainly must, do better.