Higher education path will engineer innovation and prosperity in Africa

Home/General, Policy/Higher education path will engineer innovation and prosperity in Africa
Previous Next

Higher education path will engineer innovation and prosperity in Africa 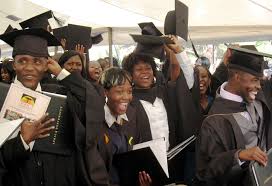 AFRICA is undeniably “rising”, as The Economist famously declared back in 2011. Yet the fruits of this boom have not reached the majority of our continent’s 1.1-billion people, who remain trapped in poverty. Africa scores poorly on the Human Development Index of the United Nations Development Programme, which measures life expectancy, education and gross domestic product.

The 18 lowest-ranked countries on last year’s index are all African. The challenge is to translate domestic product growth into broad-based human development. Africa needs tangible results stemming from a true footprint. We do not need spin doctors but medical doctors and farmers, entrepreneurs, engineers, teachers and physicists. We also need relevant and reliable research in the natural and social sciences.

The African Union’s Agenda 2063, which featured prominently during its summit in Sandton recently, is a 50-year plan “to build a prosperous and united Africa based on shared values and a common destiny”. It advocates “expanding the African knowledge society through transformation and investments in universities, science, technology, research and innovation”.

Africa has only 35 scientists and engineers per 1-million inhabitants and, despite improvements over the past two decades, its annual share of global research publication is less than 1.5%, even though is it is home to 15% of the world population.

How do we change this? Higher education holds the key.

The world is working on a post-2015 development agenda as the era of the Millennium Development Goals comes to an end and the Common African Position, published last year, calls for increased support for research and development. It also foresees enhancing technological capacities for Africa’s transformative agenda, and building an enabling environment for innovation.

The research produced at universities is essential to tackle the many developmental challenges facing Africa — food security, energy, climate change, water, transport, communications infrastructure, human resource development, urbanisation and inequality. SA HAS a sound track record of research, and for several years, Stellenbosch University has been named the country’s most research-productive university.

This measure refers to publications produced by academics permanently employed and to universities’ output of research Masters and PhD graduates. In today’s information age, knowledge is the most important resource — and it will make Africa’s socioeconomic transformation sustainable.

UNIVERSITY World News reported in 2013 that “there is broad agreement that Africa needs tens of thousands more PhDs, to renew an ageing professoriate and to staff rapidly expanding higher education, boost research and generate the high-level skills growing economies need”.

At the African Higher Education Summit in Dakar in March, delegates said the lack of academics with PhDs adversely affected the quality and depth of instruction provided to undergraduate students, and the ability to provide postgraduate students with adequate supervision.

In 2012, a target of more than 100 PhDs per 1-million people by 2030 was set in the National Development Plan, compared with the 28 per million currently produced annually — very low by international standards.

To achieve this target, SA needs more than 5,000 doctoral graduates a year, which is considerably more than the 1,420 produced in 2010, yet attainable if the country’s growth in graduates between 2008 and 2013 (12.3% a year) is maintained. In 2012 and 2013, Stellenbosch University produced 462 doctoral graduates, again the most of any university in the country, followed by Pretoria University, UCT, UKZN, Wits and North West University, in that order.

Stellenbosch University also awarded 1,293 Master’s degrees last year — and 490 were African, coloured and Indian students. Taken together with the 95 PhDs to candidates from these designated groups, this is a noteworthy investment in the development of individuals from previously disadvantaged communities.

The university is making a significant contribution to high-level human capital, not only through our output of postgraduates, but also joint capacity building with other higher education institutions in Africa.

We are a founding member of the Partnership for Africa’s Next Generation of Academics (PANGeA), a network of universities working together to build and sustain world-class doctoral programmes on and about Africa. Other members of the network are the universities of Botswana, Dar es Salaam in Tanzania, Ghana-Legon, Makerere in Uganda, Malawi, Nairobi in Kenya, and Yaoundé in Cameroon. PANGeA doctoral candidates are often senior academics completing their PhDs, for which they get a three-year, full-time residential scholarship at Stellenbosch University.

The first three cohorts produced 25 graduates, each of whom has returned to their home institutions to forge ahead with their research and to supervise a new crop of postgraduate students. AN IMPORTANT factor contributing to the success of the PANGeA doctoral programme has been the university’s Graduate School of Arts and Social Sciences.

With a comprehensive support system — administrative, academic, financial and physical — its full-time doctoral candidates are completing their studies almost twice as fast as “regular” PhD students. The African Doctoral Academy takes the form of summer and winter schools in Stellenbosch. Since 2009, more than 1,000 prospective and current PhD students, postdoctoral fellows and doctoral supervisors from institutions across Africa have received research support and academic development there.