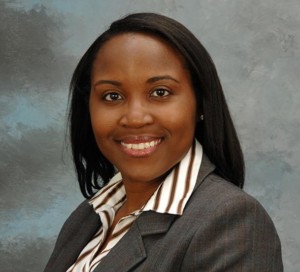 [dropcap type=”circle” color=”#8C212A” background=”#B06606″]C[/dropcap]
hina’s impressive growth represents one of the greatest economic success stories of the last three decades. Since it adopted an “open market” policy in 1978, the country has grown at a remarkable speed and enjoyed an average GDP growth of 10.3% in the last decade. It has also succeeded in lifting more than 400million of its citizens out of poverty, more that any country in modern history. While China’s GDP grew by almost 380% between 1980 to the late 2000s, Cameroon’s GDP shrunk by about 10% in the same period. On a recent visit to China, I saw this remarkable transformation in action. Both countries reside on different continents, thousands of miles apart, and have populations that are widely incomparable. In spite of these differences, can China serve as an economic model for Cameroon?

The answer is YES. In spite of their apparent differences, a closer look at China’s policies and business culture reveal practices that Cameroon can emulate.

In 1978, China introduced the “Four Modernization” strategy aimed at modernizing the main sectors that were vital to its economic development – Agriculture, Industry, Science & Technology, and National Defense. It introduced these modernizations in waves designed at enhancing each chosen sector. For example, the focus on industry did not replace the focus on Agriculture; instead, it brought technology into agriculture, which freed some of the labor force to work in the factories. In addition to targeting specific sectors, the Chinese government targeted geographical regions with the highest potential to achieve its “Four Modernization” strategy. Further regional development was and continues to be a part of its Five Year development plans.

Similar to China, Cameroon has regions with distinct climates, resource availability and a population distributed across its different regions, albeit at a much smaller scale. A strategy similar to China’s proven “Four Modernization” strategy can be implemented in Cameroon with much success. Agricultural output makes up 20% of Cameroon’s GDP, with industry and service comprising 31% and 49% respectively. A sector and geographical policy that creates Special Economic Zones and targets the Western and Southern regions for commercial agriculture with an increase usage of agricultural equipment will increase output for export. Similarly, a focus on Science and Technology will improve innovation and result in products catered to our Cameroonian and African needs.

One of the factors critical to China’s success was its aggressive export strategy. In addition to the sector and geographical targeting earlier mentioned, China encouraged foreign direct investment by introducing duty exemptions on imported inputs for goods bound for exports, gave financial incentives for foreign investors to partner with Chinese companies and provided export financing to enable local companies to export local produce and become more competitive in the international market.

Cameroon shares borders with markets it can export to such as Nigeria, and produces crops it can sell on the wider international market, such as coffee and cocoa. Cameroon’s workforce is also highly literate and bilingual, a unique position it occupies on the continent. Therefore, by investing in a similar policy that enables Cameroonians to produce agricultural and industrial goods and services of competitive quality bound for domestic and foreign consumption Cameroons industries will become more competitive. In addition, by encouraging foreign direct investments which partner with local companies through tax incentives, the country’s GDP will rise, as well as the per capita income of its residents.

The profile of the Chinese entrepreneur is very similar to that of the Cameroonian youth – low political affiliations, experienced or experiencing unemployment and has a wide social network. Just as the Chinese entrepreneurs use their knowledge of their local communities and provide goods and services that are best suited to their needs, Cameroonians youths should emulate this trend – look to their community’s needs and at a scale they can afford, build businesses to cater to those needs. Just like the Chinese entrepreneurs, many will fail but with a resolve to improve his/herself and the community, those who succeed will eventually grow to make a significant positive impact in the country’s economy.

Since China began a Five-Year Plan for National Economic and Social Development in 1953, it has mapped out long term development plans into five year cycles and defined the appropriate policies, frameworks and targets for policy makers at all levels to ensure these plans are met. Since this planning begun, it has provided blueprints for not only policy makers from the state to the provincial level; it has directed areas for investment, business focus and social focus. According to Mr. Roemin, Senior Vice President, Asia Pacific at Walki, in addition to having these plans, “the (Chinese) government is very decisive and quick in taking decisions” and these attributes are critical to implementing and achieving the Five-Year Plans.

Cameroon has created the Growth and Employment Strategy Paper (GESP) – Vision 2035 which defines a roadmap for becoming an emerging economy by 2035. Unfortunately, based on slow GDP growth in the past 3 years, the country is not on target to achieving this vision. Cameroons policy leaders should break the Vision 2035 into smaller plans with clear policies, frameworks and measurable targets. As such, constituents may be able to hold these leaders accountable during their term of leadership.

With an estimated poverty rate as high as 55% in the rural areas in Cameroon and a relatively slow GDP growth of less than 5%, the outlook for Cameroon’s economic and social situation over next decade is not particularly encouraging. For the country to grow and its citizens to rapidly move out of poverty, Cameroon must adopt a more aggressive strategy towards economic development. China has provided a model that has proven successful and can be emulated. What remains to be seen is if and how long it will take the Cameroonian authorities and its citizens to learn from a modern success story – China.

Lenora Ebule Foretia is Co-Chair of the Denis & Lenora Foretia Foundation. She can be reached at [email protected] Follow her on twitter @EbuleLen