What Africa Needs to Succeed

What Africa Needs to Succeed 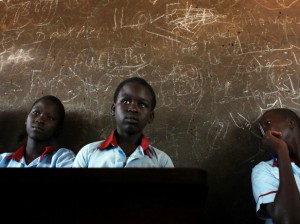 In the early 2000s, Africa’s future seemed grim. The Economist’s May 13, 2000 cover declared “Africa: The Hopeless Continent.” But over a decade later, when The Economist again devoted a feature story to the continent, the message had changed entirely to “Africa Rising.” A new book by Jonathan Berman, Success in Africa: CEO Insights from a Continent on the Rise, aims to explain how this transformation happened and what the world can expect from a now-hopeful continent.

Berman argues that three simultaneous revolutions – in governance, education, and communications – have catapulted the region forward. Indeed, for eight of the past ten years, Africa grew faster than East Asia, with a solid 4.2 percent growth in GDP in 2012 and 5.3 percent projected for 2014. The proportion of poor Africans fell from fifty-eight percent in 1999 to 47.5 percent in 2008. The number of AIDS-related deaths fell thirty-two percent between 2005 and 2011, and the region now boasts the world’s fastest-growing middle class.

Berman rightly lauds the sound economic management and investment strategies that have propelled the economies of countries such as Ghana, Kenya, Tanzania, Botswana, and Gabon. In addition, the book profiles hard-charging African CEOs such as James Mwangi, the CEO of Kenya’s Equity Bank, which boasts nearly 8 million accounts and a market capitalization of over $1 billion; and Funke Opeke, a Nigerian businesswoman and CEO of Main One Cable who is helping wire and bring transformational high-speed, affordable Internet access to the continent. These business leaders, with their world-class skills and long-term visions, are forging new markets, driving growth, and raising both economic and political expectations along the way.

Although some African nations have made promising progress, the reality is that economic and social reforms have occurred unevenly across the continent. Some countries, including the Democratic Republic of the Congo, Nigeria, and Angola, are still held back by rampant corruption, severe inequality, and undiversified economies. The continent faces several other challenges as well. Perhaps its most pressing issue is education. Africa’s workforce, currently made up of nearly 400 million people, is expected to grow by 122 million people this decade, becoming the largest in the world by 2035. This represents a huge economic opportunity, but one that Africa will be able to take advantage of only if it is able to upgrade its education system. Today, children in sub-Saharan African countries spend an average of just 4.7 years in school – attaining only rudimentary math and reading skills. And thirty-five percent of African youth have no access to secondary school or technical training.

A related source of long-term concern is that Africa’s current mix of economic activity, which is mostly related to resource extraction, will not generate a sufficient number of jobs to soak up Africa’s youth bulge. The International Labor Organization reports that between 2000 and 2007, the working age population grew in Africa by 96 million people but there were only 63 million new jobs created. As we’ve seen in the Middle East, having a majority of unskilled and unemployed youth in a population is a huge risk factor for conflict. This is particularly important given the rise of extremism in the Sahel and West Africa. In Nigeria, for example, where there is rampant unemployment, government corruption, and too little formal education, youth are ripe for radicalization by Islamic jihadist organizations such as Boko Haram.

Berman doesn’t ignore these real challenges, and readily acknowledges that although the positive trends he emphasizes are still underway, their outcomes are “by no means certain.” Nevertheless, Success in Africa helps change the lens through which Africa is viewed. Readers will come away with a greater appreciation for the dynamism, innovation, and economic potential of the continent.

Isobel Coleman is a Senior Fellow and Director of the Civil Society, Markets, and Democracy Initiative; Director of the Women and Foreign Policy Program at the Council on Foreign Relations. Original post can be found at http://on.cfr.org/1eAfHH7