Home/General, Policy/Regional Integration in Central Africa – An Update
Previous Next 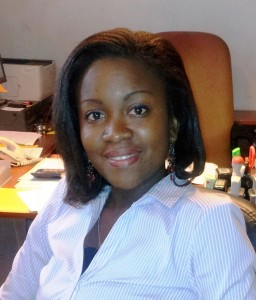 [dropcap type=”circle” color=”#FFFFFF” background=”#8C212A”]A[/dropcap] meeting of Ministers -members of the CEMAC – which was held on September 23, 2013 in Libreville (Gabon), focused on: A review of the Community budget based on the action plan of the Commission for 2014; strengthening governance and capacity of the CEMAC Commission, the prospect of development of a common market through the adoption of a law on free movement of persons in June 14 in Libreville, and the implementation and rationalization of Regional Economic Program (REP).

Indeed, June 14, 2013 was an historic milestone in the CEMAC, as that day, the heads of States of the sub-regional community, meeting in extraordinary summit, decided to abolish visas for nationals of Member States from 1 January 2014. The statement issued in this regard reads that “as of January 1, 2014 will be implemented the end of visa requirements for citizens of the CEMAC to travel across countries belonging to the Community”. In addition, another major decision of the summit noted that “the creation of a common policy framework for the protection of trade within the CEMAC region will include the harmonization of policies for compliance of drugs against counterfeiting and facilitate access to pharmaceutical companies in the regional market” (Media for Africa 2013).

“The forecasts predict better prospects for the CEMAC member states in 2014, including the recovery of economic growth, sound public finances and reinforcement of the monetary situation; this might result in an expected immediate increase in the value of imports. However, this upward trend in the economy must be supported by a better governance in the CEMAC, the development of a common market with free movement of persons, the implementation and rationalization of the Regional Economic Program (REP)”, said the Vice-President of the CEMAC commission, Rosario Mbasogo Kung (Dépèches du Gabon 2013).

In terms of issues, the agenda of the CEMAC provides a possible relocation of the CEMAC Commission from Bangui for a temporary period of two years, because of the armed conflict in the Central African Republic. The venue relocation will consider certain criteria such as the immediate availability of buildings to accommodate the offices and homes of government members of the commission, as well as officials of international status. The ease of access to other countries in the community and access to health and educational facilities in the host country will also be taken into account. The return of CEMAC commission in Bangui is conditioned by strict compliance with the measures recommended for the political transition in the Central African Republic (Integration 2013).

Security constitutes only one part of the problems observed in the CEMAC zone. A mission from the International Monetary Fund has recently assessed the progress made by the CEMAC and issued the following criticisms:

A slowdown in growth: The economic outlook for the rest of 2013 indicates a slowdown in growth in the CEMAC. Thus, the growth of real gross domestic product is projected between 3 and 3.5%, contrary to the expected 5.2%. This poor performance is mainly explained by the expected reduction in public investment in Equatorial Guinea. The country has contributed to an important share of the GDP in the CEMAC region for several years. A reduction of these public investments will inevitably slow down the sub-region’s growth. The economic impact of the armed conflict in the Central African Republic is minor since the country makes a small contribution to GDP.

The CEMAC member states lack budget reserves: High oil revenues, according to the IMF, helped finance large infrastructure projects needed. However, the CEMAC member states have not accumulated fiscal reserves. Additionally, there are downside risks to global oil prices and the Central African States should be prepared to face it. The solution advocated by the IMF is the creation of a budget mattress to finance development. In general, according to the head of the IMF mission, they should focus on a more optimal management of non-renewable petroleum resources in ensuring that public expenditures are more dependent on revenues from these resources.

The sub-region has low access to finance: The CEMAC region is one of the areas where the access to financial markets is the lowest in Africa. Additionally, the viability of the financial sector is a cause of concern, as some banks have critical weaknesses that must be corrected. Out of fifty banks, about 10 have difficulties because of non-performing and doubtful debts resulting to the non-compliance with prudential norms by these banks. The IMF therefore recommends that the authorities quickly strengthen the regulation of the banking sector and its supervision by the Central African Banking Commission (COBAC).

CEMAC has a limited monetary policy: According to the conclusions of the IMF mission, the CEMAC is limited in its monetary policy as it remains attached to the euro. This does not fit much with a financial system that is very liquid. This has adverse effects including underdeveloped interbank markets because they cannot rely on government securities market. However, the exchange rate is in line with fundamentals and has been stable since the last devaluation; besides, there are some advantages that the sub-region draws from it. What the IMF advises is to improve monetary policy by reviewing management tools of the central bank (BEAC ). Therefore, to promote the development of the interbank market, the authorities are encouraged to accelerate reforms to reduce counterparty risk and improve borrowing conditions.

Integration systems are not coordinated: Development policies are not coordinated in the CEMAC. The mission of the IMF suggests that the CEMAC could benefit from greater regional integration. The central bank (BEAC) and the CEMAC Commission have an important role to play in this regard, including through the strengthening of regional monetary policy, improving the coordination of fiscal policies, promoting initiatives to remove barriers to trade, and through the continued implementation of significant reforms in the financial sector. Similarly, improving the business climate in the region is also essential for the achievement of higher medium-term growth (Le Messager 2013).

The next step is to “make the CEMAC in 2025, an integrated and emerging economic space, where security, solidarity and good governance rein with the aim of fostering human development”. This vision is shared by all member States for the sole purpose of successfully achieving the Regional Economic Program (REP).The REP is developed by the CEMAC in order for its member countries to grow together and become an emerging economic block in 2025.

To this end, five major pillars of growth have been identified.

The REP will take place in three phases:

• Phase 1 of the REP: 2010-2015 (Building the foundations of emergency for the CEMAC to become an integrated sub-region).

We are therefore heading towards the end of the first phase of the Regional Economic Program (REP). The implementation of the REP is expected to ultimately build a structured economic environment to make the CEMAC an attractive economic environment for private investment. It is therefore important to look back and evaluate the progress that has been made so far. Indeed, the adoption of a law on free movement of persons is a milestone, but a lot still needs to be achieved for the CEMAC to become a fully integrated regional economic community.

Edith Ossono is an Economic Policy Analyst at the Nkafu Policy Institute of the Foretia Foundation. She can be reached at [email protected]