Why Cameroon Should as a Matter of Urgency, pull out of the CFA Franc Zone

Home/General, Policy/Why Cameroon Should as a Matter of Urgency, pull out of the CFA Franc Zone
Previous Next

Why Cameroon Should as a Matter of Urgency, pull out of the CFA Franc Zone 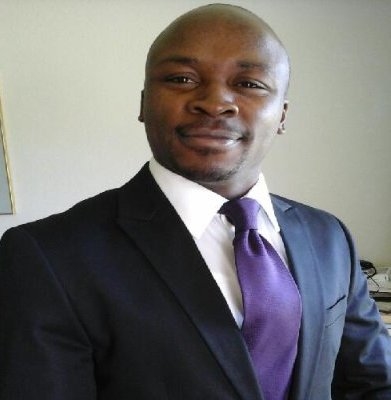 In his book titled “The Road to Serfdom” published in 1994, Frederick Hayek posits that ‘…money is one of the greatest instruments of freedom ever invented by man’. For it is ‘money which in modern society opens up an outstanding range of choice to the poor man, a range which not many generations ago was open only to the wealthy’. By implication, Hayek informs us that money can be used by whoever controls it to suppress the freedoms of individuals, countries or an entire continent. This therefore perfectly gives perspective to the words of former French Finance minister, quoted in Le Monde, 9 February 1990 as saying ‘money is not a technical issue but a political one which affects the sovereignty and independence of nations’.

For almost fifty-eight years, Cameroon in particular and other nations of the CFA Franc zone have witnessed the extent to which money as an instrument of freedom or deprivation thereof, has been used to control and pilfer its economic fortunes. Introduced and institutionalized as the legal tender of 14 African countries today, the CFA Franc has failed to deliver on all but one of its supposed benefits. Keeping inflation in check. Growth since the economic slump of the late 80s has remained lackluster. The 1994 devaluation came on the heels of a bloated civil service, which needed to be downsized. An overvalued currency, taking into consideration a decline in its demand and a persistent drop in foreign revenues and reserves brought about by a contraction in commodity prices upon which Cameroon depended.

This is not to say that these problems were unique to Cameroon alone or only the Countries of the CFA Franc zone. Sub-Saharan Africa as a whole depended – and some countries today still depend – on commodity exports. All, if not most countries suffered from the decline in commodity prices but with the leverage that comes with the control of monetary policy and the issuance of currency, countries like Ghana, Nigeria, South Africa, Kenya and most recently Rwanda have weathered the storm. These countries in spite of the difficulties have implemented economic reforms that have diversified their economies. Nigeria leads in terms of entertainment. Rwanda, with the scars of a genocide still vivid like it happened yesterday, is the hub of ICT investments with ambitious projects like drone delivery of medical supplies and the ‘One Laptop per Child Policy’.

From the perspective of an ordinary citizen with little or no knowledge of currency management or how the CFA Franc agreements work, being in the Franc zone and not being able to make strides in development are totally disconnected and mutually exclusive. That is not the case. With the 65% reserve requirement in the French Treasury, the liquidity constraints in the CFA Franc zone countries become even more severe. Innovators face uphill hurdles securing finance to push through with their innovations. This in itself truncates the growth of the middle class, increases dependency on governments and ‘subdues’ any attempt at long-term economic growth. As a result, Cameroon and other countries of the zone accumulated and continue to secure huge debts from the World Bank, IMF and other countries at exorbitant interest rates. Even more disturbing, though the BEAC governor has denied it, is the fact that there is a looming devaluation, which may worsen the economic difficulties of the times.

If for nothing else, keeping aside the other controversial conditions of being part of the Franc zone, the reserve Cameroon is compelled to keep at the French treasury should be a major reason for pulling out of the zone. Trade limitations with the other countries of West Africa, a second reason. Finally, experience teaches best. Like Ghana, Nigeria, Kenya and a host of others, it is only by issuing our own currency that we may learn the difficulties and or benefits of doing so. To achieve all of this, our leaders on their part must be ready to put the good of the country ahead of personal interests. Democratic reforms are a sine qua none. If not, we will forever remain an impoverished nation. Toiling hard in servitude, for the embezzlers and the colonial masters, France. We would have been deprived forever as a nation of the liberties brought about by this ingenious innovation of modern man. Money, hence monetary autonomy.

Melaine Nsaikila is a Senior Economic Policy Analyst and Head of the Economic Affairs Section at the Nkafu Policy Institute. He can be reached at [email protected]