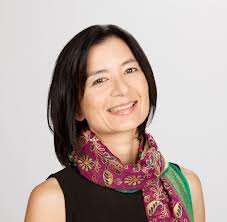 Recently, I met two young men who will contribute greatly to the healing of those in their countries who have suffered unspeakable injustices.

Paul Kut Kelei’s family was forced to flee South S?udan and he grew up as a refugee in Ethiopia. When he was a child, Joseph Munyambanza escaped civil war in the Congo and spent his formative years in the Kyangwali refugee camp in Uganda. Today Joseph is 23, Paul is 22 and they are studying biochemistry and international affairs respectively in the United States.

At The MasterCard Foundation, we work with extraordinary young people from across Africa who are translating their ideas into initiatives aimed at the great inequities in their countries. They are role models who offer us critical lessons about courage and ethical leadership. Against all odds, these young men and women have overcome the challenges posed by poverty, hunger, discrimination, and civil war. And if overcoming those challenges was not enough, their personal experiences have deepened their empathy for others, given them unique insight into solutions, and fueled their passion to make the world better.

Our engagement with young people like Paul and Joseph has helped us at the Foundation realize a simple but powerful truth – that many of the solutions to the problems faced by African countries will come from young people like them. If this truth bears out, then higher education institutions have a critical role to play. ? This role is to create opportunities for thousands of future leaders from the most economically disadvantaged and vulnerable communities ?across Africa.

?To that end, The MasterCard Foundation is partnering with top African and North American universities that share this vision of nurturing the next generation of ethical leaders. Last year, we launched the $500 million MasterCard Foundation Scholars Program and over the next 10 years, we will identify and help 15,000 young African men and women to complete their secondary and higher education within and beyond the continent.

We are seeking out young men and women – like Paul and Joseph – from economically disadvantaged communities who have demonstrated both academic achievement and a commitment to serving society. In addition to receiving an excellent education, Scholars are given comprehensive support including mentoring and career counseling, access to internships and employment opportunities across Africa, and the support of a Scholars student community.

I am so proud that people like Paul and Joseph are MasterCard Foundation Scholars. Fulfilling the expectation that each will “give back” to their countries, Paul is launching an online platform to ensure concerned citizens in South Sudan can hold their government accountable to a new constitution. Joseph is working towards improving health care in the Congo.

Their optimism and confidence around creating brighter futures is profound. Among a generation of new African leaders, it will be transformative.

Reeta Roy is the President and CEO of The MasterCard Foundation. http://onforb.es/182B8v7