The responsibility of our time is nothing less than a revolution – a revolution that would be peaceful if we are wise enough; humane if we care enough; successful if we are fortunate enough. But a revolution will come whether we will it or not. We can affect its character; we cannot alter its inevitability.

My Message To the Cameroonian in the Middle 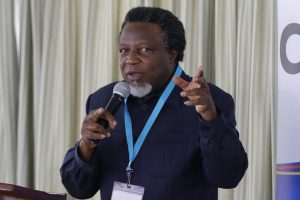 I was in a conversation with some students about what they called the “Cameroon Anglophone Problem“.  I told them I had spent the last few weeks informing myself about the issues in contention and was happy to give them my sense of what they are, where things currently stand, who the key actors are, and what may be a way forward.  Caught between forces that are increasingly tearing at the heart of the nation – corruption, nepotism, injustice, joblessness, falling standards in health and education, decline in job-creating investments, poor infrastructure, etc. – Cameroon now faces a crisis that is bigger than the characters that have provoked and continue to sustain it; one that will, as it finds resolution, strengthen the nation or destroy it.   The following thought-lines are to the students and to all those fellow citizens      I consider the “Cameroonians in the Middle”.  I hope they will pause, as they read this piece, and take a deeper and more holistic view of what is at stake here, and act in ways for which history will remember and honor them.

In a country divided, the “middle” is that place between the two poles that have come to define the current struggle – those options being pursued by the government, on the one hand, and by a loose coalition of leaders of the Anglophone cause on the other.  The opposite positions have been defined on social media and other communication platforms as the “La République du Cameroun” option and the “Independence/Restoration” option, respectively.  I have looked closely at the arguments and the logic behind the two, and I believe there is a middle ground that deserves attention, if for no other reason than the fact that there are millions of Cameroonians who currently stand there and who need clarity on what is happening and what may be the way forward.

Part I: What is driving the Crisis in Cameroon? When Nostalgia and Visions of the Future Collide!

The Independence/Restoration option is an idea that is possibly as old as the 1961 union of the Cameroon nation. It had many proponents at the start of the new decade in 1960, especially among those in the then English-speaking Southern Cameroons – a United Nations Trust Territory – who doubted the wisdom of a union with the French-speaking La République du Cameroun.  For them, it was not argument enough to say that the union would restore a fissure that pre-dated European colonization.  The UN ultimately held a plebiscite and the outcome was for a union that came to be known as the Federal Republic of Cameroon.  Those who had opposed this came into the new post-plebiscite arrangement kicking and screaming but were cautiously willing to give this historic experiment a chance. Their suspicions of the union would re-emerge every time tensions rose in the country, as was the case in 1966 (dissolution of all political parties), 1972 (annulation of the 1961 unification accords) and to a higher degree in 1990 (Tripartite Conference and return to a multiparty state).  They re-emerged again in 2016 and this time, they seem to be gaining in momentum within the national and Diaspora anglophone community for reasons that are important to analyze and understand.

Eric Chinje is currently the CEO of the African Media Initiative based in Nairobi, Kenya. A veteran CRTV News Anchor he has wide international experience with the African Development Bank, the World Bank as well as the Mo Ibrahim Foundation.