The Anglophone Uprising: Historic Opportunity to Re-assess Current Institutions for an Inclusive Leadership in Cameroon.

The Anglophone Uprising: Historic Opportunity to Re-assess Current Institutions for an Inclusive Leadership in Cameroon.

By Christian Penda Ekoka,
Technical Advisor, Office of the President Republic of Cameroon

“A moment comes, which comes but rarely in history, when we step out from the old to the new, when an age ends, when the soul of a nation, long suppressed, finds utterance…” (Jawaharlal Nehru, to the Indian Constituent Assembly, New Delhi, August 14, 1947) 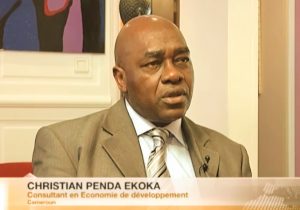 The current crisis in our Anglophone regions of the Northwest and Southwest regions seem to give credence to the above statement by the Indian nationalist, Jawaharwal Nehru some 70 years ago. This paper however argues that the recent uprisings in Bamenda and Buea are more than an Anglophone problem, but the symptoms of a national malaise which need a more comprehensive and truthful dialogue that will cover the media, the economy and the state structures. It is therefore a defining moment in nation that should be taken at the floods.

The issues raised by our compatriots from the Southwest and Northwest regions are not just Anglophone claims, they are also Francophone claims, and therefore our national claims for several reasons.
Firstly, when the knell tolls in Bamenda, Garoua, Maroua, Bertoua, Bafoussam or anywhere in Cameroon, “…never send to know for whom the bell tolls, it tolls for thee” as the American writer, Hemingway remarked about the death or suffering of a human being as part of mankind. This sense of common destiny should bind all Cameroonians together, as parts of the same nation.
Secondly, more than an Anglophone problem, recent uprisings in Bamenda and Buea are indicators of a more profound national malaise, resulting from the institutional leadership and governance architecture of our country that was flawed from its original design. In the light of its experiments for the past 50 years, our institutional framework for the management of public affairs appears as not meant to respond to the people’s needs and aspirations.

What is called the Anglophone problem is a specific aspect of a more fundamental national problem that could be defined as a genetic default of a public governance system that is not responsive to the Cameroonian people’s concerns and needs, Anglophones and Francophones as well.

It could be likened to the human body where an infection of the entire body, and its proper treatment would require to tackle the root cause of the disease, which has dragged on for so many years with obvious consequences. The persistence of the disease, not to say its aggravation, should have been a wake-up call for the authorities, but our state-system was not designed with such a preventive built-in control mechanism to timely alert its managers about its dysfunction and eventually its near collapse, making it almost irremediable. Thus the general awareness of the institutions or state-owned corporations’ illness at its terminal stage.

Otherwise, how can an effective public governance system not be alerted promptly about the hurdles of its citizens on the road between Douala and Bamenda, or Yaounde and Bamenda and act accordingly? How many lives should be lost on our roads – and especially on the main ones – before a system understands the emergency of the situation? How many lives should be lost in hospitals before the rehabilitation of the healthcare system? How many mothers and babies a country should lose before its consciousness wakes up to the crisis?

To better understand the genetic or endogenous nature of the disease, one could observe that for the past 30 years, President Biya, Cameroon’s Head of State (HOS), has continuously and unsuccessfully denounced in the public service those vices and scandals that impede our development, including inter alia corruption, bureaucratic red tape, embezzlement of public funds, administration bottlenecks, unfriendly business environment deterring investments.
In fact, over the years, the spread of the vices has become viral, with an upsurge of discrimination, injustice and economic inequality. Despite the frequent presidential warnings and criticism of the civil service, the persistence of the same problems over the years and the government’s inability to address and tackle them has only made the malaise structural. It has become a DNA-like weaknesses of the system’s public governance design, a sort of built-in genetic default that prevents the body’s system to perform at its best; and a default that can only be corrected by modifying the public governance system’s DNA.