Home/Events, Nkafu Policy Institute/Examining the Security Situation in the Sahel as France and her Allies Pulls out of Mali
Belder Talla 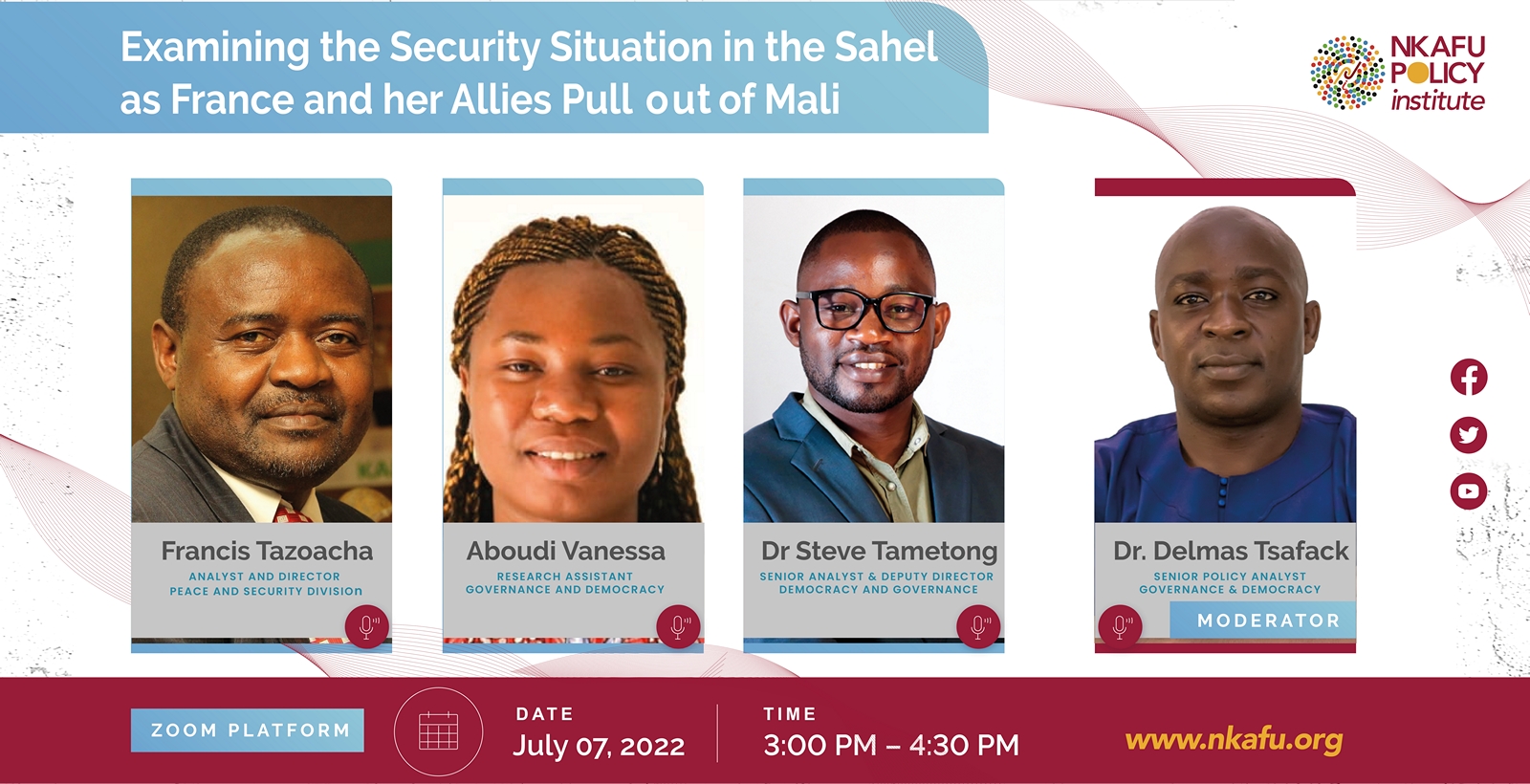 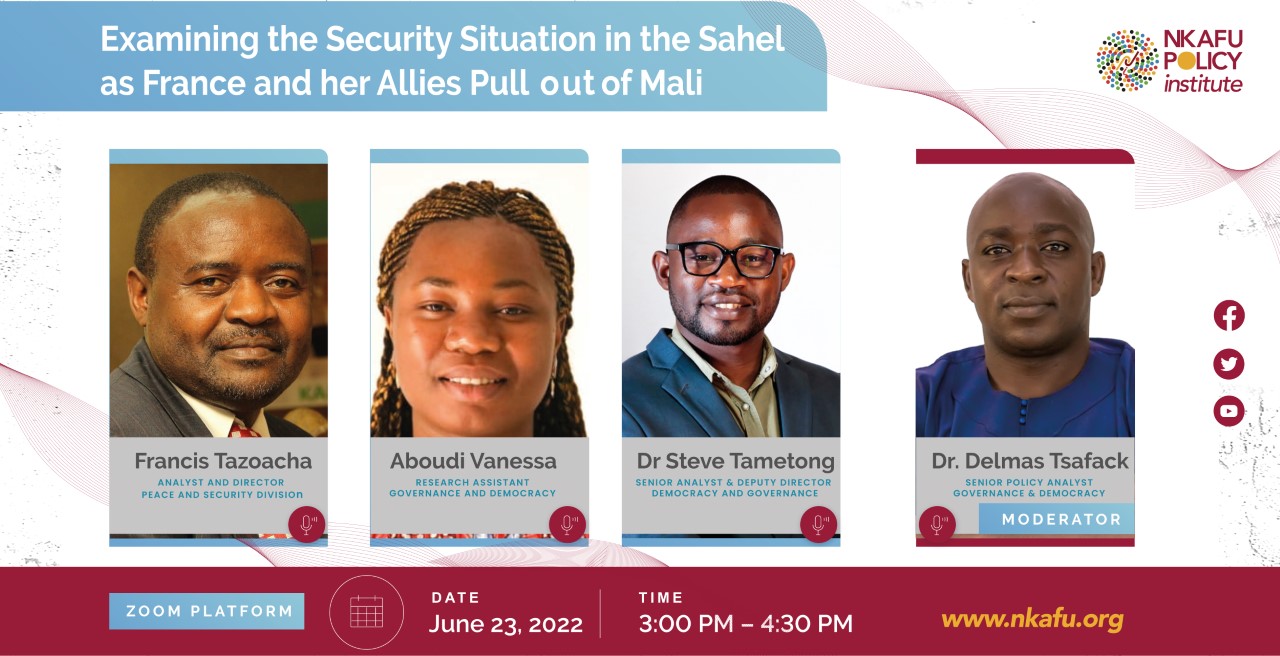 Instability in northern Mali caused by a Tuareg rebellion against the central Malian government was exploited by Islamist groups who gained control over the northern half of the country. In January 2013 France launched a military operation to stop the Islamist offensive from toppling the Malian government and recapturing northern Mali. The operation, codenamed Operation Serval, ended in the complete re-capture of all Islamist-held territory by the operation’s conclusion on 15 July 2014. Mali gave France a warm welcome in the year 2013 that is nine years ago, but relationships among them have turned cold. The number of Malians joining insurgent groups has increased and the terror attack has equally increased. For the past nine years, the Islamist militant threat has also spread to other countries such as Burkina Faso and Niger, with insurgents raiding the region from their bases in the Sahara Desert. Many feel that France, as an advanced military power, should have been able to solve the terror problem and that it should get out of the way if it cannot do so. France and her allies have thus decided to pull out of Mali. It is against this framework that the peace and security division of Nkafu Policy Institute is organizing this discussion to examine the security situation in the Sahel as France has decided to withdraw.

2. Objective of the dialogue

The following outcomes are expected at the end of the dialogue: