Home/Road-Map To Peace And Justice 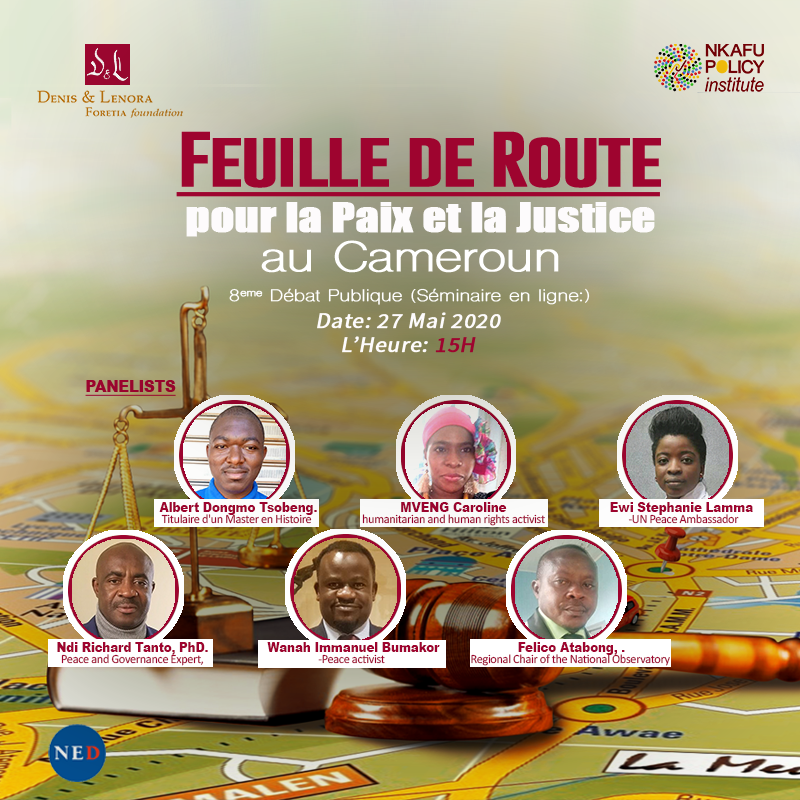 ROADMAP TO PEACE AND JUSTICE IN CAMEROON

Located at the heart of Central Africa, Cameroon is a country whose ethnic, social and cultural richness and diversity are no longer to be demonstrated. The country which is triangular in shape is bordered by Nigeria to the northwest, Chad to the northeast, the Central African Republic to the east, the Republic of the Congo to the southeast, Gabon and Equatorial Guinea to the south, and the Atlantic Ocean to the southwest. British and French colonial rule are the two main imperialist systems that Cameroon has experienced before gaining its independence in 1960, leaving the country with two linguistics heritages that are English and French. However, these ethnic, cultural and linguistic heritages that once contributed to making Cameroon a country of peace and stability, are today at the root of the many conflicts that the country is currently facing. An upsurge of violence witnessed by various regions seem to put Cameroon at crossroads in its history. The consequences of these conflicts are so devastating that it appears urgent to propose solid strategies to peace building and to justice. It is in this light that we are embarking on contemporary approach to encourage greater participation of the citizens in giving their views, in order to achieve peace in their community and attain justice in our nation.

The objective of this event is to elaborate a concrete roadmap with strategies to achieve sustainable peace and justice in our country currently plagued by numerous conflicts (the war against Boko Haram, the border refugee crisis, the Anglophone crisis). This event is in line with the mission of the NKAFU Policy Institute, a think tank (research center) of the Denis and Lenora FORETIA Foundation, whose mission is to provide independent, in-depth and insightful policy recommendations that advance the Cameroonian economy and the economies of other sub-Saharan African countries.

This event aims to bring together participants from the public, private and civil society sectors, including journalists, researchers, displaced persons, traditional authorities, and students who have the potential to propose common sense solutions to the current crises in Cameroon.

No registration fees or per diem.

Areas of focus of the dialogue

During the event, there will be presentations on major facts about history and current crises in Cameroon and the various possible strategies to promote peace and justice in the Country.  The event will consist of a 90 minutes open discussion.

The discussions will be organized around the following key thematic focus areas in promoting justice and peace in Cameroon.