Education and Dialogue – The Best Tools for Genuine Nation Building

Home/General, Policy/Education and Dialogue – The Best Tools for Genuine Nation Building
Previous Next

Education and Dialogue – The Best Tools for Genuine Nation Building 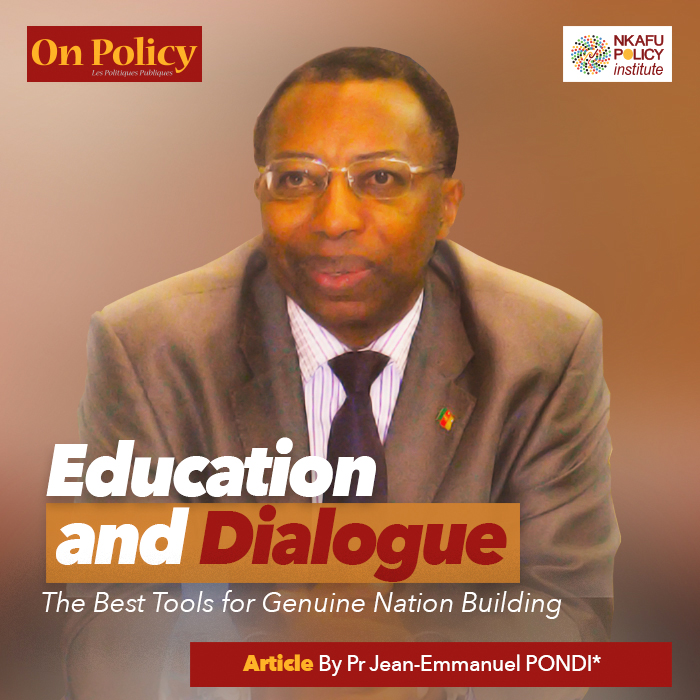 Never in the modern history of popular emancipation has “not going to school” been used as a winning strategy to attain the full emancipation of a people. Let us be clear from the onset. As I acknowledged in a reflection published as early as December 22nd, 2016 – for a crisis which started on November 21st 2016, many of the claims voiced by our Anglophone compatriots were and remain both understandable and valid.

Indeed, more respect is due for the constitutionally-derived linguistic provisions, by turning into daily practice the notion of equality of status between English and French – in that order in our fundamental text. The same holds true for the necessity to secure free and open access to meritorious Anglophones at all levels of the high decision-making circles of the public and private domains of the State. In the same vain, greater attention should certainly be paid to the uniqueness of the historical path that has brought East and West Cameroon together. This singularity should be manifested by the preservation of the two-distinct official cultural heritages of the concerned populations.

More importantly perhaps, political promises and commitments made in the 1960’s and 1970’s ought to be kept today with more rigour. Contrary to the belief often expressed by many Cameroonians, I am absolutely convinced that politicians who last long in that capacity are those who are committed to truth telling. Today it is my belief that the issue of federalism ought no longer to be considered as a taboo subject, in as much as it is gaining ground in the minds and hearts of a growing number of Cameroonians, as a realistic solution to our common present crisis. As a staunch Pan-Africanist however, it stands to reason that I do not support any move that advocates secession in Cameroon or anywhere else in Africa. The truth is that I have personally been to Eritrea twice and to South Sudan and North Sudan three times. I can therefore rely on what I saw.

Having sketched my positions concerning these aspects of the “Anglophone crisis” – for lack of a better term, – since I believe that all Cameroonians are affected by this situation one way or the other, I would now like to focus on a related topic which seems equally relevant: the place and the importance of school in the dynamics of nation- building and the role truthful dialogue can play to consolidate our national unity.