The African Continental Free Trade Area: Are we putting the Cart before the Horse?

Home/General, Policy/The African Continental Free Trade Area: Are we putting the Cart before the Horse?
Previous Next

The African Continental Free Trade Area: Are we putting the Cart before the Horse? 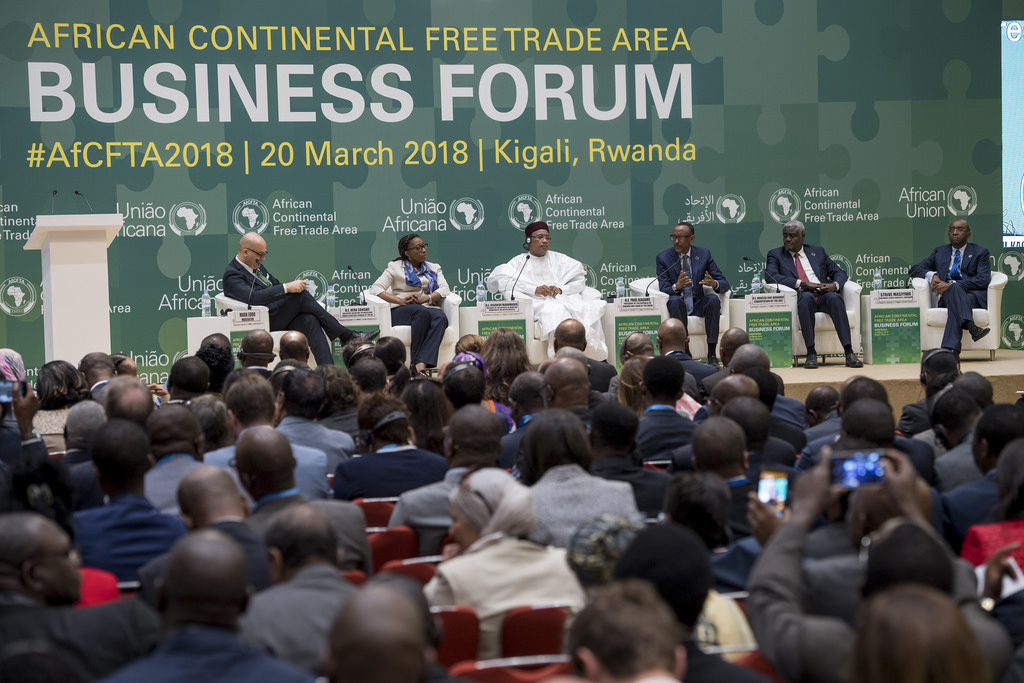 Many in Africa have celebrated the recent signing of the Africa Continental Free Trade Agreement (AfCFTA) in Kigali on March 21, 2018 creating the African Continental Free Trade Zone. A pan-African initiative bringing into play the largest interstate market in the world. It is the biggest trade agreement since the World Trade Organization started operations after its signing on April 15, 1994 replacing the General Agreement on Tariffs and Trade (GATT). AfCFTA is a great idea in its own right. However, a perennial question actually seeks answers to the extent to which the continent is prepared for such an initiative. Also, 44 out of 55African nations signed the agreement. Failure to rally all countries to support sign the agreement is a major setback. Among the countries that abstained is Nigeria and South Africa – Africa’s largest economies and biggest markets with a combined population of about 235 million people. Citinglack of consultations with the local business community, the president of the Nigerian Labor Congress (NLC) – Comrade Ayuba Wabba, said the agreement would “rather than enrich Africa, only help to pauperize it”. In the end, the Nigerian government succumbed to pressure and pulled out of the signing ceremony “to allow time for broader consultations”. It should be noted, Nigeria and South Africa’s abstention is a big blow to the agreement given their stature on the continent, representing approximately 32.2 percent of total African Gross Domestic Product. That said.

What does this Agreement Address?

According to the United Nations Economic Commission for Africa (UNECA), intra-African trade for 2018 is just about 10 percent of commerce on the continent-compared to 25 percent in south East Asia and 60 percent in Europe. Intra-African export made up just 18 percent of total exports while Asia and Europe recorded 59 and 69 percent respectively. In addition, UNCTAD’s unofficial trade and development reportfor 2016 suggest intra-African exports consist of mostly manufactured and processed commodities therefore; its promotion could potentially support diversification and industrialization. Based on this and going by the African Union’s Agenda 2063, item 72 sub (h) vision, the agreement would potentially double intra-African trade by 2022 and bolster Africa’s voice and leverage in global trade negotiations. Given that this agreement solely relies on abolishing tariff barriers among states, UNECA has estimated a trade boost by 52.3 percent and a possible attainment of doubling intra-continental trade should non-tariff barriers such as import quotas also be reduced. On the sidelines of this event, twenty-two African countries signed a separate agreement, which provides for visa-free movement across borders all in a bid to facilitate trade.

Nonetheless, could Africa’s Leaders be putting the cart before the Horse?

Although there is tremendous hope on the continent regarding the expected deliverables, much needs to be addressed – in policy formulation and implementation – at individual country and regional levels before this agreement can actually yield the expected benefits.

To begin with, within regional blogs, rivalries need to be immediately halted. In CEMACfor example, Cameroon is the most economically vibrant country with Douala serving as the hub of trade in the entire sub-region. Economic logic would suggest one regional stock exchange in Douala, however, apart from the Douala stock exchange – DSE, Gabon also boasts of one. Since 2005, attempts at merging both markets have proven futile with numerous uncompromising interests. The presence of two stock exchange markets in a regional bloc that can barely boast of more than 3.22 percent intra-bloc trade is resource wastage.

In addition, with only twenty-two countries signing the free movement of people, the chances of this agreement yielding immediate benefits in the short and medium term are low. Besides, signing the agreement is no guarantee that countries would adhere to it. CEMAC as a regional integration bloc signed an agreement of sort unrestricting the movement of people and goods among member countries. This for the most part has existed only on paper as countries like Equatorial Guinea, citing “security and political threats” posed by migrant workers and Cameroonian traders have refused to implement this. Furthermore, for fear of an immigrant influx, attracted by higher salaries in their oil driven economies, Equatorial Guinea and Gabon have made this free movement literally impossible. If people are not free to move, there is no way trade can easily be facilitated especially for small-scale traders. Though controversial, the fear of migrant influx is a genuine one given that within the region, there is already an economic and security Basket case like the Central African Republic with no economy and a government that controls no farther than Bangui – the capital.

The situation is not different in many other parts of the continent like South Sudan and Somalia. This important variable needs therefore, to be factored into the entire trade agreement. Failure of which would benefit only some countries, leaving others behind in total contravention of the A.U. Agenda 2063.

What about production, productivity, transformation and foreign exchange rigidity?

Though true, a trade and production boost stemming from the removal of trade barriers is a function other factors, which the continent is yet to address.

Productive capacity – Productivity: The African continent, according to the International Labor Organization (ILO) statisticsfor 2017, employs about 53.2 percent of the total labor force in the agricultural sector, yet spends over 35 billion U.S. dollars on food importation. This percentage is higher for some segments of the continent going by geopolitical demarcations. Sub-Saharan Africa for example – which constitutes a greater portion of the African continent – has over 57.5 percent of its labor force engaged in Agriculture as opposed to 28.4 percent in Northern Africa. In some sub-Saharan African countries, the proportion of agricultural labor to total working population is ashigh as 75 percent.

In other parts of the world such as Northern America and Eastern Asia, the percentage of agricultural labor of the labor force are 1.7 and 16 percent respectively.

This in essence implies that there is massive resource misallocation of labor. Moreover, while it is solely due to subsistence agriculture on the continent, diminishing marginal productivityof labor in the agricultural sector plays a huge part.

Given that the agricultural sector employs more than 50 percent of the labor force and contributes more than 30 percent to Gross Domestic Product of the continent, trade in foodstuff is definitely an integral part of the promotion of intra-continental trade. However, even with open borders across the continent, the statistics suggest current production and productivity levels will not meet demand, hence limiting the extent to which this agreement could achieve intended objectives.

Possibly, AfCFTA will lead to widening inequality across all segments, as the ONLY people who will benefit from it would be multinationals companies. The Dangotes etc would constitute the main beneficiaries. How would the agreement improve the productive capacity of maybe, the average Nigerian if at this moment, in 2018, the Nigerian agricultural sector is incapable of feeding the country? Would the free trade agreement now help the average poultry farmer in Enugu who is struggling to expand her poultry farm to 15,000 birds a month to meet demand in Enugu? Would the knowledge that he/she can trade freely with Mamfe – Cameroon now make him/her improve her productive capacity? Probably not.

There is also the issue of transformation. Transforming raw materials within the continent. The continent’s huge dependence on trade and exportation of primary products is a concern as revenue streams and profits dominantly rely on external (exogenous) factors. Stiff competition from Latin America and Asian countries have also plunged prices further making it difficult for the African farmer to earn profits. Foreign products in some supermarkets on the continent are even cheaper than locally produced goods. With these constraints and the lack of a clear strategy to protect the local producer, there is no way productive capacity can be increased. 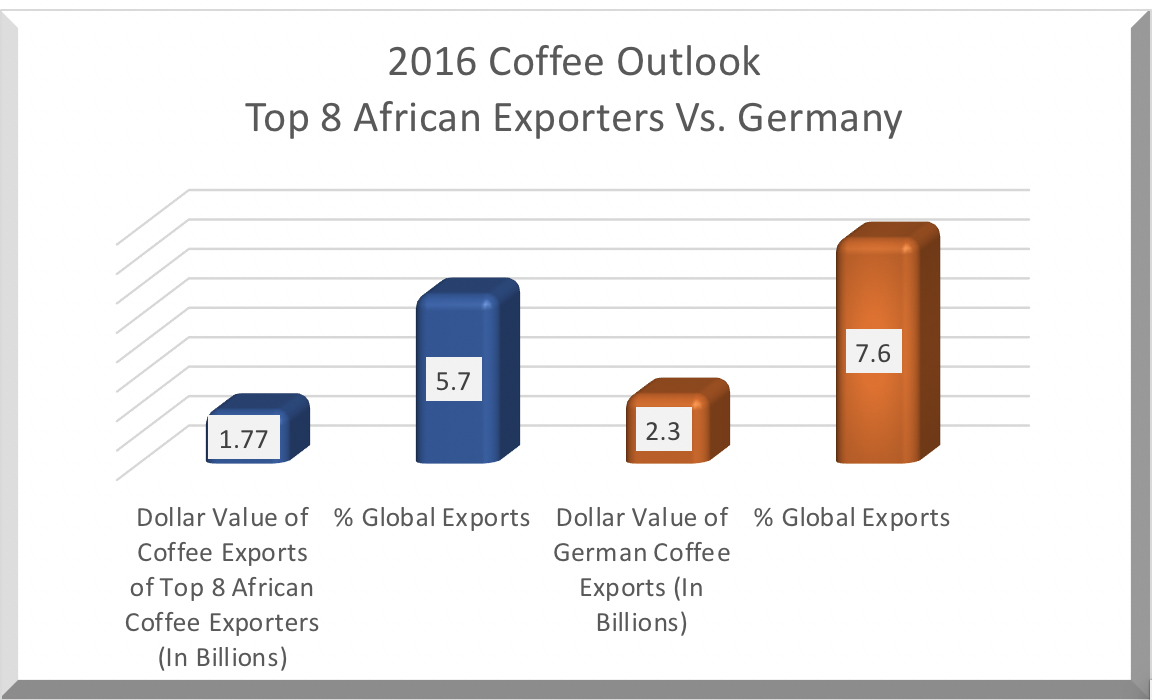 These therefore suggest the need for the reallocation of labor from the fields of production, to the transformative sector while ensuring improvements in production techniques to guarantee continued increases in output. Productivity, processing and storage therefore are indisputable without which billions of dollars would continue to be spent on food imports to satisfy the local market.

In addition, foreign exchange is an integral part of international trade and the less rigid it is the better for the traders and countries in question. The characteristic of this element on the African continent is leaves nothing to write home about. Numerous currencies that more often have to be converted to the dollar or euro before subsequent conversions to another local currency. The situation is even more intriguing in the Franc Zone countries. CEMACand WAEMUconsist of countries using the French issued francs. Nevertheless, a Cameroonian trader – CEMAC – visiting Benin – WAEMU – cannot use the Central African Franc (XAF) for the purchase of goods and services in Benin. S/he would have to convert this currency to the dollar or the euro and then to the West African Franc (XOF) before purchasing any services. This is a major constraint and it is about time African countries as a whole consider the idea of a homogenous currency.

Addressing these concerns therefore should precede or be in tandem to this trade agreement for there to be better and significant outcomes. The opposite of which would be stationing the cart before the horse. Again, the abstention of Nigeria and South Africa – Africa’s largest economies – from the signing is a call for all nations to reconsider both the economic and political challenges that lay ahead as they seek to put this agreement into action.

Melaine Nsaikila is a Senior Policy Analyst at the Nkafu Policy Institute, a Cameroonian think tank at the Denis & Lenora Foretia Foundation.