Home/Gender Perspectives: The Role of Women in Resolving the Anglophone Crisis in Cameroon 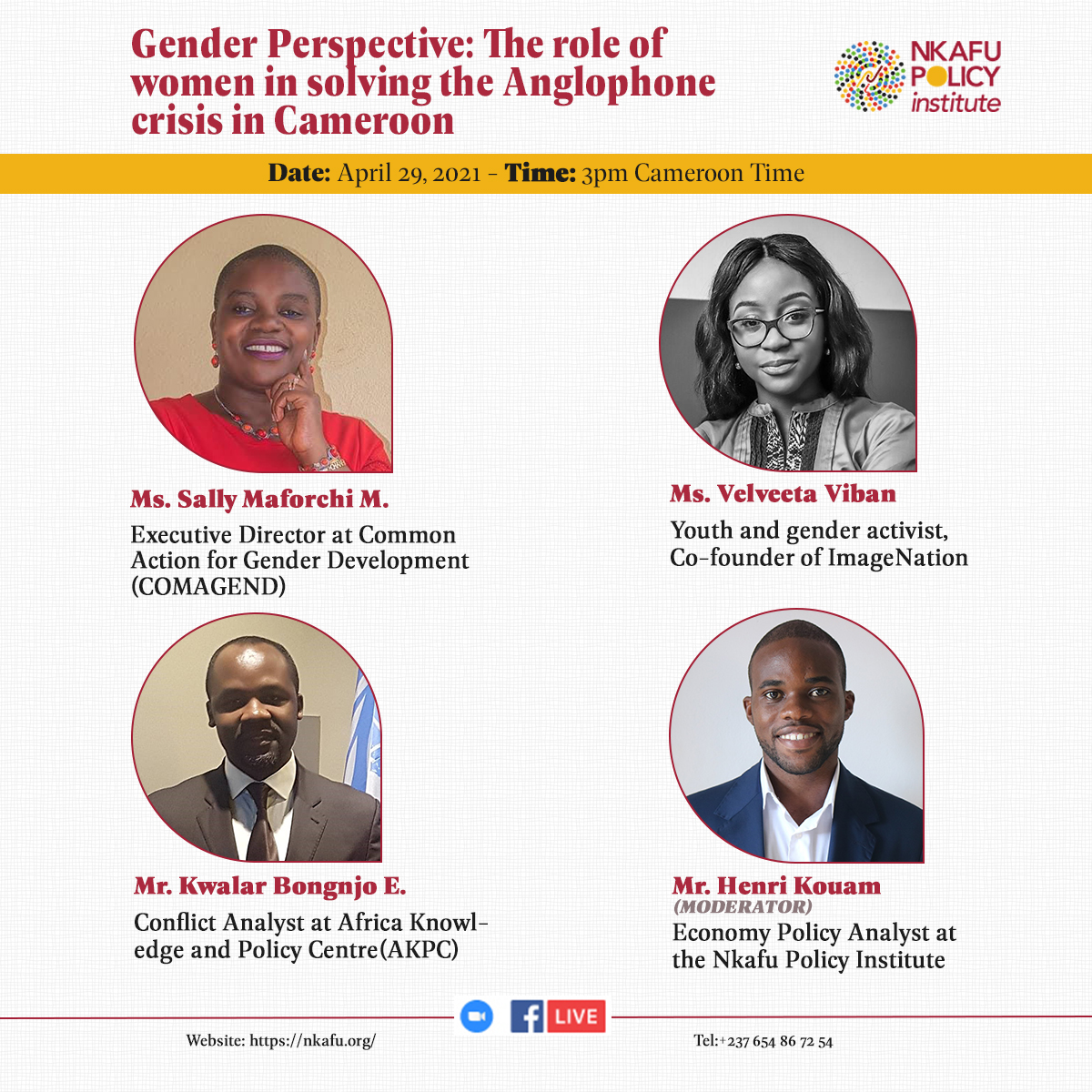 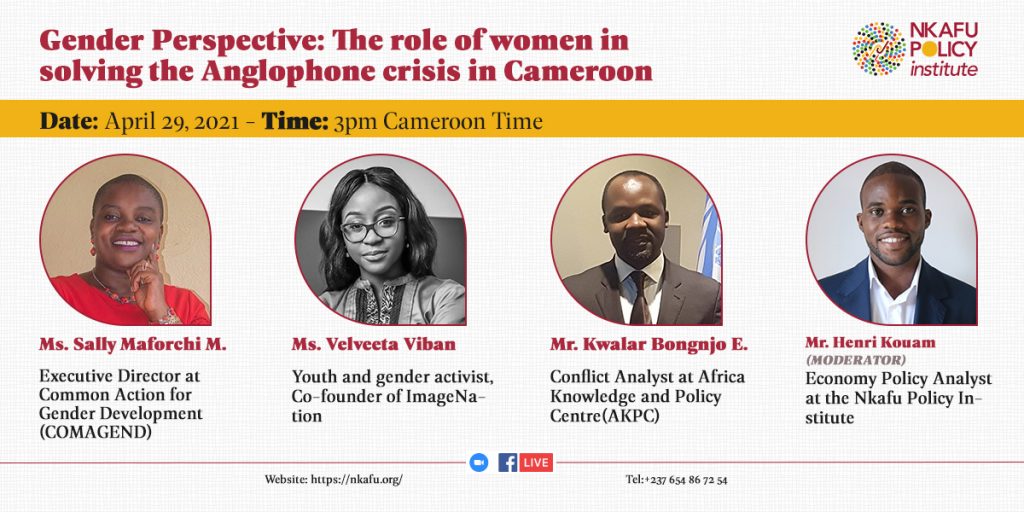 In conflict resolution, many actors who play various roles in resolving the conflict. Women’s role in conflict resolution and peacebuilding has long been underestimated, especially in societies where patriarchy is the order of the day. For close to four years that the armed conflict in the North West and South West regions erupted and has dragged on, the role of the women in mitigating and or resolving the conflict is underestimated.  The continuous conflict produces gendered outcomes in Cameroon, with particular shifts enabling Cameroonian women to participate in activities – such as conflict resolution – that were previously considered an exclusively male domain.

When the male more senior elites and chiefs are losing effective control over the heavily-armed young militia, Cameroonian women have an opportunity to intervene in peacebuilding. As mothers, grandmothers, aunts, spouses, sisters – and as those more often victimized – Cameroonian women understand that to minimize atrocities committed, they needed to take action to curb the violence. With this fundamental role in reducing conflict in their respective communities, there is a greater need to empower women as a veritable tool for conflict transformation and peacebuilding in Cameroon – a role that the international community and other potential stakeholders have not been able to play.

The close to  4 years of armed conflict in the North West and South West regions of Cameroon has caused maleficent obliteration of human lives and property. Regardless of the efforts taken by the national and international interested parties in bringing to an end the crisis, armed hostilities such as; kidnapping for ransoms, civil strife, enforced disappearances and killings committed by both the Cameroon military and separatist fighters have continued to go unabated. Front and back of all these disastrous situations, women and girls are often exposed to acts of violence that seriously undermine their rights and deny them opportunities arising from gender inequality. It is worth stating that women are the worst hit in situations of armed conflicts.  Women have unique opportunities for conflict resolution and peacebuilding due to the unique role they play in society. The recent calls for a cessation of hostilities by some women in the country and especially those in crisis-hit regions clearly indicate their frustration with the handling of the crisis. It also demonstrates the unique roles women have in building peace in society and bringing to an end violent conflict.

Although women have frequently been the first to take the risks necessary to promote dialogue across divided communities, as they have attempted in the on-going Anglophone conflict, they are marginalized from taking these initiatives. It is from this viewpoint that the Nkafu Policy Institute of the Denis and Lenora Foretia Foundation has come up with this opportunity to encourage stakeholders of the conflict and the general public to participate and discuss on the role women can play to put an end to this conflict and orchestrate the most precious peace and sustainable development in the North West and South West regions in particular and Cameroon in general.

The event’s objective is to engage schools of thoughts, stakeholders and the general public in debates and discussions how women contribute to resolving the crisis in the North West and South West regions of Cameroon.

From this standpoint and in accordance with the mission of the NKAFU Policy Institute – a Think at the Denis and Lenora FORETIA Foundation, the public dialogue will be centred on carrying out an independent research to provide comprehensive and incisive evidenced-based policy recommendations that will spur a concise roadmap in resolving the Anglophone conflict and putting in place a platform for sustainable peace and development in the North West and South West regions in particular and Cameroon in general.

During this event, there will be presentations on various approaches put in place to resolve the conflict. Presentations will dwell on the different actors that have intervened in resolving the conflict, successes, challenges and contentions.

The public dialogue will include short presentations from panelists followed by a moderated interactive and participatory debates and discussions from participants on issues related to the women and their efforts towards solving the conflict in the North West and South West regions.

This event is open to the general public both within and out of Cameroon. It will bring together participants from the women organisations, women groups, public & private sectors, academia, civil society organisations, youth leaders, journalists, researchers, traditional authorities, religious leaders and human rights activists. In general, it will bring together all stakeholders with the potentials and strategies to propose alternative approaches to resolves the on-going Anglophone crisis in Cameroon and put in place a road map for social cohesion and sustainable development in Cameroon.

No participation fee is required. Nevertheless, all participants must register online free of charge on our website by clicking the registration button below.