Is there anything new with the post-2015 UN agenda on sustainable development?

Home/General, Policy/Is there anything new with the post-2015 UN agenda on sustainable development?
Previous Next

Is there anything new with the post-2015 UN agenda on sustainable development? 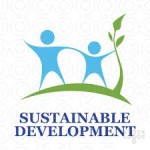 [dropcap type=”circle” color=”#FFFFFF” background=”#8C212A”]T[/dropcap]his article intends to be a contribution to the on-going debates on the post- 2015 agenda on sustainable development.

What are the Issues?

As the world is undergoing a major systemic crisis, commitment to redistribution, social well-being and environmental justice is central. However, there is also a need to concretely and positively impact populations in the world at all levels of the social scale. In light of the above, setting the post-2015 UN agenda faces a number of weaknesses:

-First, the assessment of the Millennium Development Goals (MDGs) impact is not over yet. As a result, there is no basis to build upon. No one knows what worked and what did not work with the MDGs. MDGs’ objectives are evidently not achieved as the debates on poverty alleviation continue and development actors seem to look for new tools.

-Second, policy issues related to poverty alleviation are of national competence. It appears very difficult to deal with them at the international level. Poverty-related issues must be part of national commitment and of governments’ strategic plans that cannot be taken care of by the United Nations.

-Third, the methodology for fixing the post-2015 Agenda is not clear. Attainment of the Sustainable Development Goals (SDGs) might also not happen. In fact, inserting environment and social policies in the poverty alleviation debates is not new. Where do these interests come from? How were they put on the UN agenda? The answer seems clear: these are not development issues, but rather post-development policies issues. No country has been able to achieve economic development without polluting and without the sacrifices of generations, we are thinking about the industrialization in Europe.

-Four, if funds for the MDGs were not available, what will happen with the SDGs? Why governments would invest more than in the past in a period of profound economic crisis?

What are the Positions?

In this regard, positions diverge. They can be summarized as follows:

As the global economy functions on the principle of the comparative advantage theory, the idea that countries grow thanks to their specialization in what they “can do better” in trading in goods and/or services has been generally adopted by countries all over the world.

In practice, such an assumption means that trading in products and services facilitates consumers’ access to cheaper products both at national and international levels.

In this perspective, methods and processes of production are central. Industrial production at early stages of development is a polluting activity unless environment technology is adopted at the early stages of industrialization. That implies extra costs that will negatively impact prices of products, making them more expensive on the global market and therefore less competitive.

Many industries refuse therefore to use environment technology as they consider it to be an obstacle to their competitiveness on the global market. This position has been often put on the table by emerging economies as well as by developing countries governments, namely when it comes to, for example, linking trade rules to environment. How to make environmental investments affordable? Is environment a “concern for rich people only”? These questions remain open as the debates continue and in fact there are a number of elements to be tackled.

If we assume that beyond some turning point, the use of the natural resources and/or the emission of wastes decline as income increases as stated by Kuznets in 1955, then we could also say that the environmental issues have to be read through the lens of (i) types of production and consumption; (ii) reasons for the preference for environmental quality; (iii) institutions that are needed to internalize externalities; and (iv) increasing returns to scale associated with pollution abatement.

In sum, environment issues have to be read through the lens of stages of economic development. Unless environmental technologies become affordable, and accessible it appears that at early stages of industrial production polluting practices are inevitable.

Open questions on environment and SDGs

Are the SDGs going to take into account these facets? And how are these challenges to be faced by the international community? Is a progressive time schedule foreseen?

On market-based approaches to basic services

Social policies are needed to ensure equal redistribution of economic growth and welfare. Social policies include several aspects, including access to basic services. It is related to the social justice and access of the poor to education and health.

As the Market neglects the principle of social justice and “The right to development that is an inalienable human right by virtue of which every human person and all peoples are entitled to participate in, contribute to, and enjoy economic, social, cultural and political development, in which all human rights and fundamental freedoms can be fully realize. ” The full range of indivisible, interdependent and interrelated rights: civil, cultural, economic, political and social. This calls for a development framework with sectors that mirror internationally guaranteed rights, thus covering, for example, health, education, housing, justice administration, personal security and political participation.”.4 In practice, the trends towards liberalization of (opening to foreign providers) essential services or privatization (open to national private operators) means to apply the market-based approach to public services.

Furthermore, access to water and energy, for example, in many rural areas that do not appear profitable enough for private companies has been reduced over time. Foreign private companies would indeed invest only in areas where there is a return on their investment: rural areas represent in many countries the pockets of poverty and are therefore not “solvent clients” who can pay for such services.

Persistent and growing structural domestic regulatory frameworks gaps, including lack of protection of strategic and essential sectors within the national territories resulting from structural adjustment programs, trade liberalization and disengagement of the States from public services management have set a negative trend in the implementation of poor’s rights.

Open questions on access to basic services and SDGs

How the SDGs would deal with issues deriving from structural domestic regulatory gaps? How would the SDGs manage the market-based approach chosen by many United Nations Member States to provide health and education services?

Clarity must be made on the proper means to achieve the SDGs, particularly as it concerns funding. The international declarations have proved their weakness when there are not sustained and followed up by real national commitment and proper redistribution strategies at the national levels. Resources are available in many countries with high levels of poverty.

The political will to face a fair redistribution of the benefits of globalization, including through health and education public services is lacking. Access to services is indeed the key for the weaker segments of society. Environment protection will follow as people will have higher incomes and increased awareness of the common good. The overall challenge of alleviating poverty is ever more central for the destiny of humanity as poverty anywhere is a danger everywhere (ILO, Declaration of Philadelphia).

Mariarosario Iorio is a contributor at the Nkafu Policy Institute